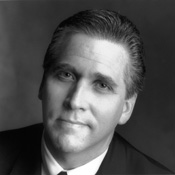 M.B.A., The University of Chicago, 1981. Concentration in Finance.

A.B., with honors, The University of Chicago, 1978. Concentration in English Language and Literature.

Kent began his legal career at Jenner & Block, where he worked on a variety of complex litigation matters, including the defense of law firms accused of misconduct by the Resolution Trust Corporation.  Kent is a member of the trial bar of the United States District Court for the Northern District of Illinois, and has appeared in the Illinois Supreme Court.  In his years of practice Kent has counseled and defended major insurance carriers in coverage litigation, especially insurance coverage disputes involving coverage for mass tort and environmental claims.  Kent has also counseled clients on intellectual property matters and professional liability and directors and officers' liability insurance in respect of trial and appellate litigation, insurance coverage, insurance underwriting and risk management.  Kent has also served as lead claims counsel for a syndicate on Lloyd's of London on a large worldwide Combined Lines insurance program.

Before he became a lawyer Kent was Head of the Treasury Department of a large Illinois insurance company, where he managed a team of professionals responsible for investment and lending activities, bank relations and cash management.

Upon graduating from the University of Chicago, Kent was hired as a “First Scholar” at the First National Bank of Chicago, where he had marketing and credit responsibility for key insurance relationships, and served as a Representative in the bank’s Buenos Aires and Mexico City offices. Kent returned to the United States in 1985, and graduated from law school five years later.

Kent is married, and has five children.